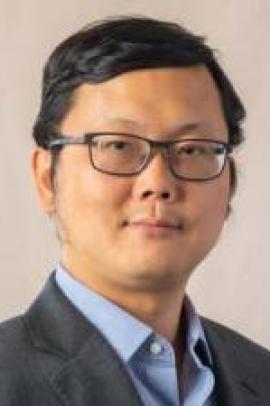 Jun Hu specializes in Chinese art and architecture, with an emphasis on how the material process of art-making intersects with other modes of knowledge production. His research and teaching engage with the history of Chinese architecture and its connections to other scholarly traditions, print culture and painting theory in the early modern period, and interregional interactions between China, Japan, and Korea.

He is currently at work on The Perturbed Circle: Chinese Architecture and Its Periphery, an intellectual history of Chinese architecture that spans the two millennia between the Han and Republican periods. The book seeks to recover strains of political, religious, and social thinking that informed the designs of Confucian, Buddhist, and mortuary structures. But more importantly, it shows how architecture constituted a discursive space through which intellectual problems were worked out, and religious questions posed. The modular system in a construction manual sheds light on a period model of thinking about the role of the individual within an increasingly centralized state. The perennial debates over the design of the Luminous Hall (mingtang) are shown to crystalize the synergy and contradictions of various systems of correlative thinking—cosmological, numerological, and morphological—that provided the frames of reference as well as fault lines for conceptualizing ritual. A study of early Buddhist architecture in China, built in brick, timber, and excavated into cliffs, reveals this bricolage of architectural facades was brought together for the purpose of housing icons of unusual scale. Finally, the scholarship of the first generation of architectural historians led by Liang Sicheng (1901–1972), when brought into dialogue with several less-studied figures and architectural projects—the restoration of the Temple of Heaven in Beijing, university campuses overseen by American architects active in China at the time, and urban planning conducted by the Japanese colonial government in Manchuria—paints a nuanced picture of uncertainty, of several models of historiography in contention with Liang’s. Therefore, this is not just a history of making architecture, but a series of moments when making and thinking converged to shed light on each other.

In addition, Hu has embarked on a new research project on the interaction between various technologies of replication and painting theory in seventeenth-century China. Through a study of metaphors of mechanical replication in period discourse on painting, he postulates that the proliferation of painting in various mediated forms—copies, embroideries, ink rubbings, woodblock prints— exerted pressure on writers to produce a hitherto missing vocabulary of process and labor to warrant the authenticity of the “painter’s hand.”