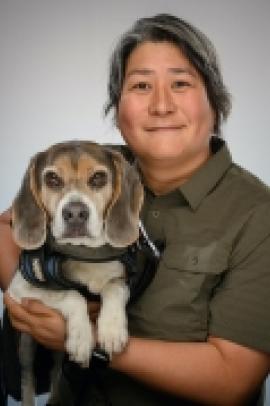 Karen Nakamura is a cultural and visual anthropologist who researches disability in contemporary Japan and the United States at the University of California, Berkeley. Her first project was on sign language, identity, and deaf social movements and resulted in a monograph and edited volume. After that, her second project was on schizophrenia and community-based recovery in Japan and this resulted in a book, its translation, and two films.
She is currently running the UC Berkeley Disability Lab and the Othering and Belonging Institute's Disability Studies research cluster while finishing a third project which explores the intersections of disability, gender, and sexuality, which will result in a book titled: Trans/Japan. After that, she is working on a project on prosthetic, replacement, and augmentation technologies in contemporary Japan and the USA.