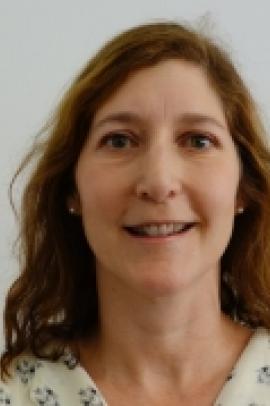 Miryam Sas (Ph.D, Yale) is the chair of Comparative Literature and Professor of Comparative Literature and Film & Media at the University of California, Berkeley. She is the author of Experimental Arts in Postwar Japan: Moments of Encounter, Engagement, and Imagined Return (Harvard University Press, 2010) and Fault Lines: Cultural Memory and Japanese Surrealism (Stanford UP, released in 2001).  She has written numerous articles in English, French, and Japanese on subjects such as Japanese futurism, intermedia art, experimental animation, pink film, cross-cultural performance, and butoh dance.  She is currently working on a book on media theory and contemporary art in Japan, Media Acts: Infrastructure, Potentiality, and the Afterlife of Art in Japan. Awards include grants from the Mellon Foundation, Japan Foundation, Townsend Center for the Humanities, Seikei University Center for Asian and Pacific Studies, Sumitomo Foundation, Berkeley’s Center for Japanese Studies and Arts Research Center. Sas has served as a reviewer for numerous journals of Asian and Japanese studies, cultural studies, and comparative literature, and for fellowships from the Social Science Research Council and Princeton Institute for Advanced Study. Before moving to Berkeley, she was an assistant professor at Harvard University.