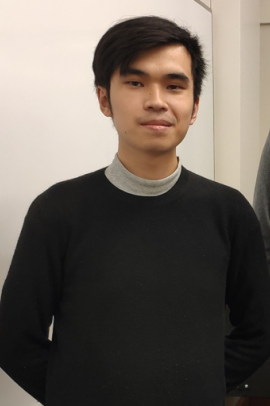 Though my research interests meander from time to time, the histories of East Asian modernization have continued to fascinate me, particularly through the lens of History of Science and Science, Technology and Society (STS) Studies. I intend for my current research to focus on how Chinese and Japanese aviation technology and communities relate to each other, as well as their broader role in their relationship with global aviation development between late 19th Century to 1921.

On the other hand, I find concrete motivation and interest in studying arms trade as well as smuggling in the late 19th Century to 20th Century East Asia, particularly in post-Mao China, which I intend to study as my next project. The contemporary political histories of the Internet, across and beyond East Asia are also among my interests, although this may be a project in the further future due to the required resources and manpower to investigate and analyze.

I am excited at the prospect of academic collaborations, which I believe my language skills of Chinese, English, German and my elementary-yet-developing understanding of Japanese might be useful. Additionally, my acquaintance with technical aviation knowledge as well as that of small arms (although not necessarily its trade) might be taken into consideration.

I end my profile with sincere greetings from my home—— Hong Kong SAR, China. As they say, 祝君安康; may health be with you.