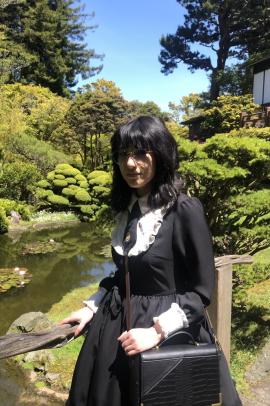 My research is primarily focused on the role of Buddhism in medieval Japanese narrative storytelling, and even more specifically on gunki monogatari and the idealized depiction of ritual suicide. Drawing upon my background in art history and training as a fine artist, I am interested in looking at not only textual sources but visual and material culture as alternative forms of Buddhist narrative and religious practice. As my interests and ideas are deeply influenced by my own identity as a mixed race indigenous Nepali, I am also passionate about topics such as syncretic Buddhist deities and the issue of caste as it appears in both South Asian and Japanese contexts. Outside of academia, my favorite things to do are going to museums (usually to see Buddhist art), watching live-streamed theater (usually inspired by traditional Japanese performing arts), and playing historically inaccurate history inspired video games. I also have a love for Japanese swords, though only as an avid appreciator and amateur collector. Essentially, outside my academic scholarship on medieval Japanese Buddhist culture, my main hobbies are basically still just thinking about medieval Japanese Buddhist culture.