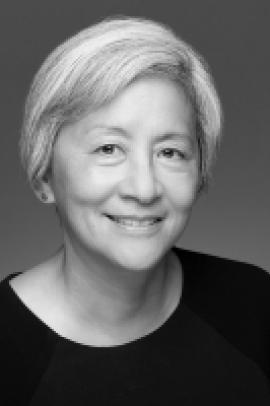 Both Renee's practice and her research focus on the intersection between architecture and its locale. One problem for contemporary design is to link the structure of the city and landscape with its individual pieces — to design how each affects and is affected by the other. In making pieces of our cities — highways and streets, parks and buildings — our current architectural culture too often strives for a degree of formal autonomy from surrounding circumstances. The experience of a city becomes a cacophony of competing markers. The local experiences of neighborhood textures, district orientations, and collective practices of dwelling disappear as our design practices increasingly lose the tools to make them.

Urban challenges of the 21st century — increasing porosity, reducing resource consumption, and accommodating urban diversity — require solutions that are locally rooted. Professor Chow has developed analytic and generative design tools for integrating urban and architectural systems across sites and individual buildings. These tools are directed toward encoding and extending local conditions, increasing urban legibility and identity, differentiating agency and time, embedding resource strategies at a community scale and facilitating design collaboration. To re-shape the discourse about the forms of urbanism both in suburbs and cities, Professor Chow has written Suburban Space: The Fabric of Dwelling (2002) and Changing Chinese Cities: The Potentials of Field Urbanism (2015).

Professor Chow is also principal of Studio URBIS, an architecture and urban design practice formed in collaboration with her partner, Thomas Chastain. Projects include single- and multi-family residences, institutional and commercial projects as well as urban and community specific development plans and studies. The firm received an AIA San Mateo County Honor Award for the Washington Manor Branch Library, AIA Monterey Bay Chapter Design Competition Award for “New Concepts in Housing” as well as an honor award for their competition entry in a “New Canal Town in South China” sponsored by the Shanghai Qingpu District Government.

Professor Chow was recently named a 2021 ACSA Distinguished Professor. She has been honored by the College of Environmental Design with the Eva Li Chair in Design Ethics from 2005 to 2010, by Architecture Magazine as one of its “Ten Top Architectural Educators” in 2009, and by the AIA California Council with its Research and Technology Honor Award. She currently serves as Chair of the Department of Architecture and Executive Associate Dean of CED. She has also served as CED Acting Dean as well as CED Associate Dean for Undergraduate Affairs. She received her SBAD and M.Arch. from, as well as previously taught at, the Massachusetts Institute of Technology.