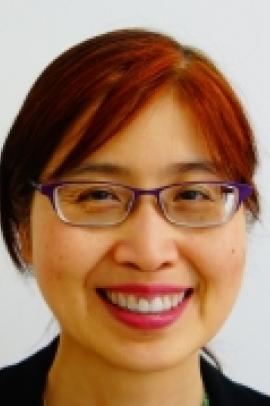 Weihong Bao, Associate Professor, received her Ph.D. from the University of Chicago in 2006. Her teaching and research interests cover late nineteenth century visual and performance culture, Chinese language cinema of all periods and regions, historical screen and exhibition practice as well as transnational genre cinema, comparative media history and theory, and the intersection between film and media. She is the author of Fiery Cinema: The Emergence of an Affective Medium in China, 1915-1945 (University of Minnesota Press, February 2015). Her writings appear in such journals as Camera Obscura, New German Critique, Nineteenth Century Theater and Film, Opera Quarterly, The Journal of Chinese Cinemas, The Journal of Modern Chinese Literature, American Anthropologist, and Yingshi wenhua as well as The Blackwell Companion to Chinese Cinema. She serves on the editorial board for Feminist Media History and is co-editor for the “film theory in media history” book series published by Amsterdam University Press. She is currently working on a few research projects, including the geopolitics of film theory, the historical interaction between film and theater, and cultural constructions of secrecy. She taught at Ohio State University and Columbia University before joining UC Berkeley.