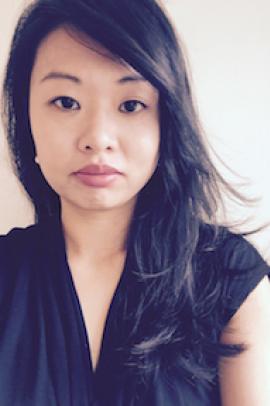 My research is concerned with the history and present of artistic authorship, with a focus on interactions between China and the West. My theoretical interests revolve around the critical distinctions of high and low, true and fake, art and commodity, originality and imitation, and, conceptual and manual labor, and thus my work focuses on objects and practices at the boundary of these categories. My first book, Van Gogh on Demand: China and the Readymade (University of Chicago Press 2014, Joseph Levenson Book Prize 2015), is a study of Dafen village, China, the world’s largest production center for oil-on-canvas painting. The book is an ethnography of the encounters between artisanal painters and global conceptual artists. I am currently working on Nameless Image, an exploration of the relationship of names, labor, art and science, in the export art of Guangzhou (Canton), circa 1730 to 1842, when it was the sole port of trade between China and Europe.

With Mary Ann O’Donnell and Jonathan Bach, I co-edited Learning from Shenzhen: China’s Post-Mao Experiment from Special Zone to Model City (University of Chicago Press, February 2017). With Jing Wang, I co-edited a special issue of positions: asia critique on visual culture and digital dissent (CELJ 2015 Best Special Issue Award). Since 2015, with Amy Adler, Peter Karol, and Martha Buskirk, I have organized several workshops on art and law. I have active several active collaborations with other colleagues on the early 19th-century diary of the Chinese literatus Xie Lansheng, and on the mid-18th century natural history projects of the tea merchant John Bradby Blake and the trade painter Mok Sau in Guangzhou. Recently I have written on Smallness in Hong Kong Art, on forgery in the Library, short stories in response to Arne de Boever’s Against Aesthetic Exceptionalism, and essays on the Chinese-Canadian painter Matthew Wong.

I teach undergraduate courses on visual culture, visual rhetoric and interpretation, including classes on the Theory of the Copy, the writings of Samuel Delany and Marilyn Hacker, and the bureaucracy of the institutions to which my students are subject. I have recently taught graduate seminars on the Factory, Art/Science, Chinese Contemporary Art, and Pricelessness. In the Spring of 2015, I co-taught with Margaret Crawford the Global Urban Humanities research studio documented on this website: Art+Village+City in the Pearl River Delta.

Prior to joining the Rhetoric department, I was a senior fellow of Dartmouth College, obtained my Master’s of Science and PhD from the History, Theory and Criticism of Architecture and Art program at MIT, and was a Junior Fellow of the Harvard Society of Fellows.